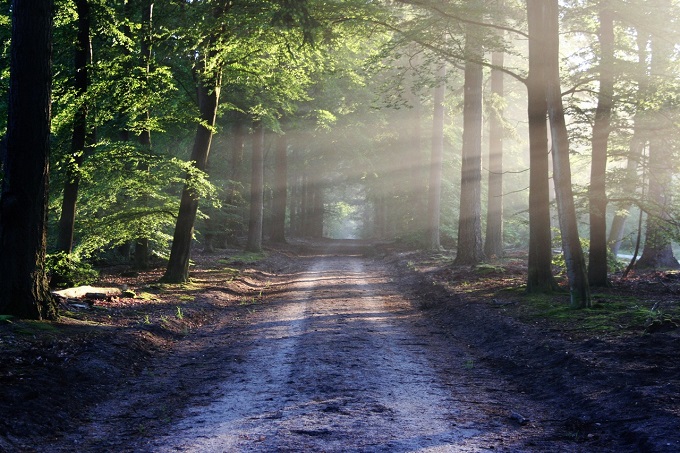 The following is the second of the two interviews I salvaged from the audio taken at the Williamstown Literary Festival. The first interview with Emilie Zoey Baker is here. I also had to great pleasure of talking to Ailsa Piper, author, director, actor, teacher, speaker and broadcaster. I hope you enjoy it as much as I did. Walkers/hikers – you’ll pick up some tips and wunderlust!

K: Thank you for joining me today, as the sun comes out from behind the clouds here at the Williamstown Literary Festival. It’s lovely to sit down with you in relative seclusion because you’ve had a lot of people talk to you today about we’re about to talk about – walking across Spain, walking the Camino de Santiago – so thank you again.

A: It’s such a pleasure, I love this festival. I’ve been lucky I’ve been invited to quite a few festivals about this which, I think, is the combination of a good story and also, having been an actor, I can present stuff like I did this morning which was a monologue of the walk. Having seen quite a few festivals now, Williamstown has a particularly warm, family feeling that I like.

K: Speaking of warmth, your session was so popular we had to vacate the Town Hall and go across the road to the Senior Citizens Hall. This topic of walking the Camino has a lot of resonance with a lot of people and just to give some context – I teach blogging in the city at the Centre for Adult Education and this year alone I think in every class I’ve taught someone who’s either about to walk it, or have just come home and want to blog about their journey. Why do you think it is building in popularity?

A: I think there are a number of answers to that. There are many Camino roads in Spain, but when we talk about the Camino most people are talking about the Camino Francés which runs from the Pyrenees to Santiago de Compostela, across the top of the country. But there are many others. The one my book is about begins in Granada and goes from South to North. And there are plenty of others. When I did my first one – the Camino Francés – that was 2009 and it was popular but not very well known. Then when I did the ‘sin walk’, what the book is about, that was 2010 and that walk was very unknown. When I came back and was looking for the strapline which runs underneath the title, I suggested ‘Walking the Camino’ and my publishers said: “No one knows what the Camino is, we won’t use it”. Last year I updated the book and added a big chapter about big events in my life and the original strapline ‘A Walker’s Journey from Granada to Galicia’ was changed to ‘Walking the Camino’ because they said: “Everyone knows what it is”.

Back in 2009 when I was walking, Martin Sheen was shooting a film The Walk and we were pretty much in step. That film came out and at the same time a German book came out about the Camino, and there were a couple of American books about it too. It was a perfect storm of the film and those quite big books among those of us who were walkers. Once you have that perfect storm moment, it sort of explodes. It is true, I used to say I’m going to walk the Camino and people didn’t know what I was talking about. I think there’s another thing and that is a deep hunger in people this time of supposed connectedness. When I first walked the Camino, no one had phones or any of that stuff. Some people had mobiles, but they were daggy ones that couldn’t do much. When I did my last walk in 2016 in France I think I was the only person who wasn’t following my route on a digital map on a phone. I think something has happened, that along with all that wondrous technology there’s been a real wish for something that feels more authentic and more silent. And once you’re out there, even if you’re on a phone, it’s pretty quiet and you look at yourself in that internal mirror. I think that’s very seductive for a lot of people.

K: This morning you said something very powerful, that “poems were your internal guide” and I’d love to hear more about your formative reading years. Did poetry take up a lot of your childhood reading?

A: I don’t remember if I read poetry as a child but I was given poetry – every night my mother would recite ‘The Owl and the Pussycat’ to me. I knew a lot of bush ballads, the rhythm of language was very much in me. I was a big reader. I grew up in outback Western Australia so books would come on trucks and they were very special things. I remember the first time I read a book that was set in Australia: most of the books I was reading featured sweet young girls going to school in England, so the Billabong books by Mary Grant Bruce were enormously important to me.

The poetry is really interesting because I think to be given poetry is to be given a diluted experience of the world; it’s down to its essence. A poet could say something in two verses what a novelist or memoirist might take a whole book to say. I evangelise about ‘The Owl and the Pussycat’ a bit, and people laugh, but there was a psychologist I heard once and loved how he said that the stories we give children are formative and the best one we can give them is ‘The Owl and the Pussycat’. Because they love each other in spite of their great differences, they are brave and go off on a big quest together, and they tell each other they love each other. The pussycat proposes to the owl and the owl isn’t afraid of her strength. They’re not stupid on their adventure – they take honey and money and what they need. If you think about what that says to a child of either sex that’s a really strong message. There’s no princess being rescued by a prince or other stereotypical role. The world is open to them. I feel like that’s what my mum gave me every night. She set me up so I could go on adventures and I did meet a man who was very much my equal and let me be equal. I think to give children poetry or stories is to set them up.

A: I was co-adapting The Duchess of Malfi with a friend of mine who is a collaborator and we’ve worked together a few times. It was going to be performed by Bell Shakespeare, and subsequently was. At the time I was researching which characters were going to be in or out – there were pilgrims in the original and I couldn’t see the point of them in our version. I researched what pilgrimage was – I’d already walked a fair bit at that point – and I found this weird little thing which said that in medieval times people could be paid to carry the sins of another person to a holy place. Part of that probably was the Catholic Church making a couple of bucks and providing employment, but as a person who is interested in compassion, it really haunted me.  So without thinking too much, I sent out a letter to people who supported my other projects and friends saying “Pilgrim seeks sinners for mutually beneficial arrangement” and then I explained what I wanted to do. Amazingly, people confessed their sins. Things they were ashamed of or regretted. I would begin every day by reading the list of sins – that was terribly important to me. The sinners were the co-writers of this book. It’s equally a story about walking and morality, how to try and be a better person.

K: For someone like me who’s a newbie to walking and trekking, can you share a few essentials that person will need? Is it the shoes and the sticks?

A: Lots of people can walk without sticks, but they were an absolute revelation to me. I’d never used them before my first Camino and even now if I do a three-hour walk I’ll take them out. They do provide upper body support, help the legs and help you come downhill with a pack on your back.

But the essentials are to get the right shoes and the right pack. That involves testing, putting it on and seeing how it fits on you. As for shoes, people say you don’t need to walk them in, but you need to walk your feet in them. If they’re both right, you won’t suffer.

K: What piece of advice would you give to people who want to be more creative?

A: Walk. I know that sounds like an obvious thing from me, but almost every great teacher of writing will tell you a daily walk is so important. When I’m teaching, I remind people that writers are the only artists who sit cramped and still in their body all day. Painters use their body to make work, actors, singers – they’re breathing in their bodies. Writers sit still, often quite frozen. There’s something about a walk, a 30-minute break at lunchtime to be in the world. I think it’s invaluable. Because writing is tied to rhythm, it’s tied to walking, too. 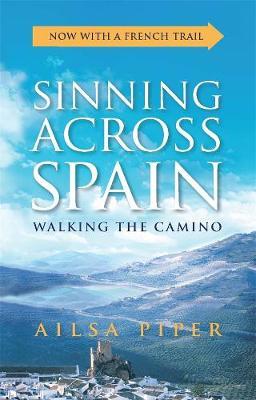 After reading Sinning Across Spain: Walking the Camino and speaking with Ailsa, I’m more determined than ever to strike off one of my trekking goals from my Living List! It’s a great read, I recommend it. Visit her website for more information and you can find her on Twitter.