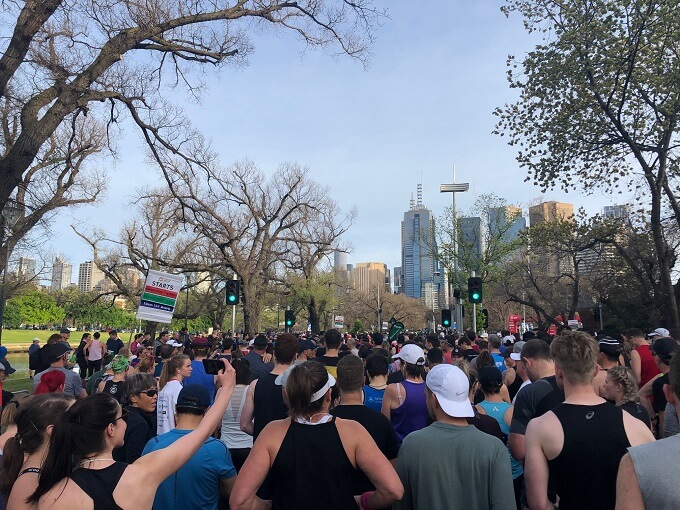 Five years after running the marathon, I was back at the Melbourne Marathon Festival. An almost carbon copy day, too, as the projected forecast was going to be clear, calm and warm. As I waited for the signal for the half marathoners to walk up to position at the starting line, I pulled out my camera to take the above photograph and a man standing next to me struck up a conversation. It was his first half marathon and I could tell he was brimming with excitement. Me? I had no real goal apart from finishing, held no ambition to do a personal best, hadn’t done any fundraising. I’d kept it very quiet. Frankly, I just wanted to have a good time.

The first eight kilometers went better than I expected. I was keeping up with the 2:20 hour pacers while enjoying the pleasant morning. I was feeling quite dry and had to stop at drink stations, as well as dipping into my own stash, which might’ve contributed to the beginning of the decline almost as soon as we entered Albert Park. All of a sudden my throat burned with bile and I struggled to keep my breakfast down. This discomfort radiated outward. My legs felt heavy, although that is understandable as I’m running at a heavier weight than ever before. But I was determined to keep positive and focus on the still-enjoyable parts. This involved people watching, glancing at people who passed me, or were coming from the other direction. And getting familiar with the few folks who were more-or-less running alongside me. To my relief, I saw they were giving out gels and I took one from a volunteer. They’re sticky and medicinal to my taste buds, but they really do work. I got a bit of extra pep by the time I was back on St Kilda Road heading north towards the finish line.

Those long, last few kilometers are the hardest. By then I was feeling the heat and had come across several runners receiving paramedic assistance. To ensure I took care of myself best as I could, lest I ended up in a similar situation, I grabbed two, sometimes three, cups from the final few water stations to pour half the liquid into my mouth, the other half down the back of my neck. When I arrived at the edge of the MCG the path took a sharp left, veering away from it (and the end). I groaned: How much longer? Thankfully only a few hundred more metres. I got out my phone to video running out onto the surface of the MCG (something I didn’t get to do for the marathon), but only discovered later that the gel had smeared across the screen and hampered the sensitivity to the touch button activation. So it didn’t record! Never mind, I don’t think I’ll forget it. Then I sprinted those final 200 metres as best I could to the finish.

A woman tapped me on the arm as we wobbled off the course. “Where do we pick up our medals?” she asked.

“There,” I said, pointing to a volunteer with an armful of green ribbons.

I was joking – but only a little. It’s an ego-pleasing memento, sure. But I love the accomplishment, to hear the cheers of supporters. There’s nothing sweeter than seeing children by the roadside holding white platters of food for runners (well, maybe except for the lollies they’re offering!). I almost didn’t write about this experience. I thought, who needs or wants to hear it?

Maybe more people than I realise.

I’m 40 now. This is my first half marathon in three years (I said four on social media, but double-checked and discovered I was incorrect). I could take my second slowest time as a sign of what to expect from now on in. Or I could set it as a bar to surpass. I like that better.

I just wanted to add a quick thanks to my family for coming in to watch me cross the finish line and drive me home. After I finished and managed to elbow my way out of the ground, I almost fainted and began dry retching. (A horrifying concept when we have a new car to keep clean!)(It’s okay, I got home puke-free). I leaned on Riley as we limped away, my son who’s now taller than me. Life, hey? Passes faster and faster.

So – what’s next for me? Oh… well. This – for my Living List. Wish me luck! And expect updates for this one! To keep my motivation up, if nothing else! 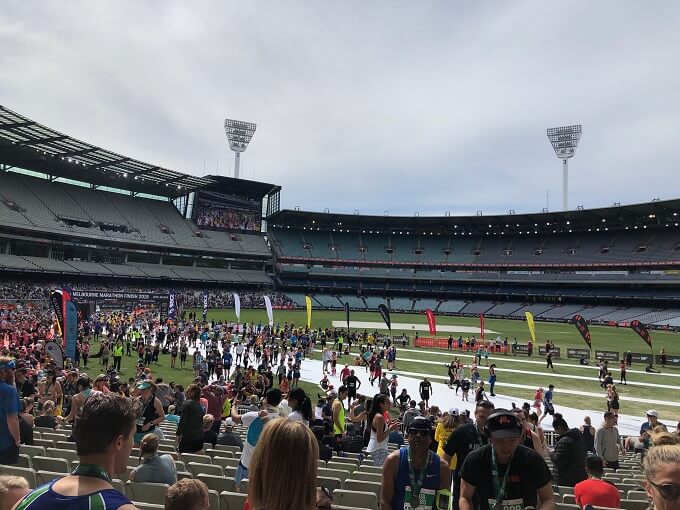 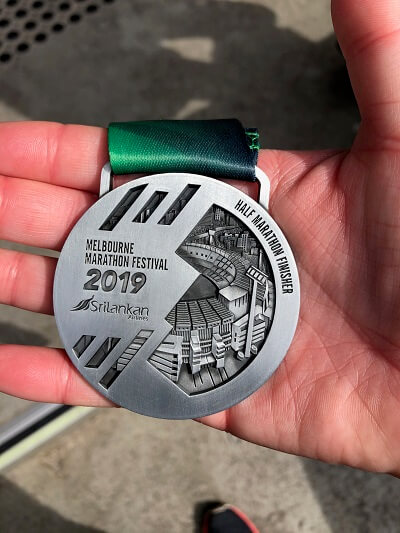