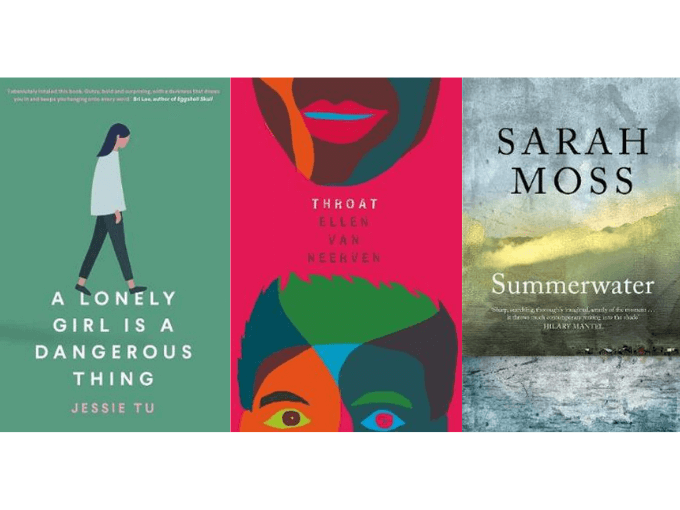 I’m sitting down to write this on the morning our lockdown restrictions in Melbourne have considerably eased, such as an increased movement radius and many others. I was jubilant during the press conference yesterday; I punched the air when it was announced that hairdressers would reopen. But I’ve woken up tired this morning, as most of us have the whole year. My hopes are heavily seasoned with a dose of let’s-wait-and-see expectation; the held breath of what’s-going-to-happen-next. This is why reading has been such a sanity-saving form of escapism!

I want to begin with the poetry collection Throat by Ellen van Neerven, which I actually read back in July during the second lockdown but before the BIG August lockdown (there are so many phases/stages to this year it’s hard to keep track), but I needed a period to reflect on it before being ready to write about it. And even now, I’m not. So I will point you in the direction of this excellent review in the Sydney Review of Books by Jeanine Leane instead. Suffice to say, van Neerven is one of my favourite poets. I wanted to include this video of Throat‘s launch, uploaded by the legends at Avid Reader Bookshop. It contains great discussion and the chance to hear van Neerven recite their work.

I inhaled A Lonely Girl is a Dangerous Thing by Jessie Tu in a fast, fevered, intense reading spell. This description could be extended to include the tone of the novel – Tu’s debut, and an impressive one. It tells the story of Jena, a child prodigy violinist coming back to professional music after an absence, and deals with what lengths to which people will go in the name of artistic excellence or achieving power (or both). In an interview with the Guardian, “Tu says she could “talk forever” about the ways sex, power and loneliness interact. “I really wanted to write a story that can broaden the conversation around what sex really means and the power of sex to damage each other,” she says.” I think she achieves this. I personally loved the parts set in New York and felt the (probably intended) juxtaposition between that city and Sydney and I sense she is exploring the notion that many artists (of all stripes) have felt for decades – and that is they’ve needed to leave Australia in order to fulfill their potential. Perhaps that is still the case – or was in 2016, during the US presidential election, when this is set.

Finally, we come to Summerwater by Sarah Moss. I was only just saying last month about Ghost Wall, “…this one ended up being an emotional wallop”, and, well, therefore I really should’ve been prepared to buckle in for Moss’s latest novel. First, I could identify with the setting. A freezing cold caravan park getting absolutely pelted by rain and the elements. I’ve been in that situation at least twice! It’s not fun! Second, this summary from the Guardian speaks for itself: “The novel begins at dawn and ends in the dark, and from the first page you know something terrible is going to happen, but you don’t know on whose neck the axe will fall.” Moss is masterful at describing the mundanities of motherhood, and she is terrific at characterisation.