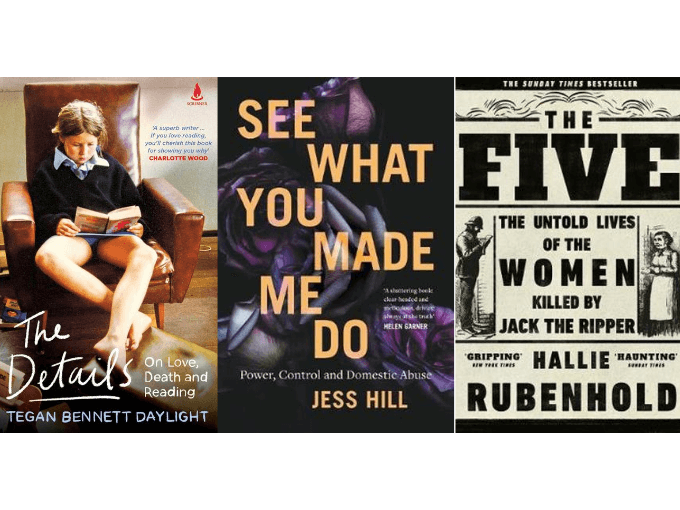 Is combining two reading months into one post cheating? Perhaps it is. And there’s nothing I’d like more than time to write a few long, rambly posts about life and what’s been happening – I mean, really, has anyone computed it yet!? – but it feels late. I’m late. Our COVID numbers in Victoria are decreasing. Our neighbours’ jasmine bush is in flower and I walk into a room now and there is the scent, blown through an open window, and I think, how can I complain, when little moments like these exist?

My back problem flared up again a few weeks ago and my shrunken world shrank a little bit further to the boundary of our queen-sized bed. It’s better now, thank goodness, but it made studying and work an even spicier challenge. For respite, in between the dozens of articles for uni research and doing assignment work, I read. As ever, it helped.

Let me begin with See What You Made Me Do by Jess Hill, what I believe to be one of the most important books to be published in the past few years and certainly one of the best I’ve read over that period. I’m not the only one to think so. It won the 2020 Stella Prize and 2020 ABA Booksellers’ Choice Adult Non-Fiction Book of the Year, not to mention other shortlistings in other prizes. The centre of the book’s focus can be found in its subtitle – See What You Made Me Do: Power, Control and Domestic Abuse. Her research is thorough and it contains some very tough stories and subject matter. It is not without hope, for there are stories of survival and change, too. But make no mistake, this is a book that shows just how significant a problem domestic violence is in this country.

The Five by Hallie Rubenhold is another non-fiction book that sets out its theme in its subtitle: The Five: The Untold Lives of the Women Killed by Jack the Ripper. As I’ve written on the blog in the past, I’ve always been fascinated with the Jack the Ripper case, to the point where it was one of my life goals to go on a Jack the Ripper tour of London’s East End. That night I experienced quite profound unease. It seemed to me that those murdered women were now reduced to sites and statistics, and what we think we know, those tales commonly told, are often wrong. This is quite an excellent review in the Guardian, and ends with similar sentiments to my own: “This is a powerful and a shaming book, but most shameful of all is that it took 130 years to write.”

The Nickel Boys by Colson Whitehead won this year’s Pulitzer Prize for Fiction, and I can see why. Here’s the synopsis from the US publisher’s website:

“When Elwood Curtis, a black boy growing up in 1960s Tallahassee, is unfairly sentenced to a juvenile reformatory called the Nickel Academy, he finds himself trapped in a grotesque chamber of horrors. Elwood’s only salvation is his friendship with fellow “delinquent” Turner, which deepens despite Turner’s conviction that Elwood is hopelessly naive, that the world is crooked, and that the only way to survive is to scheme and avoid trouble. As life at the Academy becomes ever more perilous, the tension between Elwood’s ideals and Turner’s skepticism leads to a decision whose repercussions will echo down the decades.”

I cried as I read it. It will stay with me.

I read Ghost Wall by Sarah Moss after finishing See What You Made Me Do for a couple of reasons. First was because I’ve heard a number of writer friends declare their admiration of her writing of late and this title was coincidentally available in the BorrowBox library, so I thanked serendipity and borrowed it. The second reason was that I saw it was only short – just over four and a half hours from memory (about 160 printed pages). I’ve read some Big Books this year and wanted a change. Well, I don’t know what I was expecting, but this one ended up being an emotional wallop too. Which is a little surprising, because up to the three-quarter mark, to be honest, I wasn’t too sure where the story was headed. Intriguing and captivating. And I have her new one in my TBR pile.

Finally, we come to two books I’m still reading. The Details by Tegan Bennett Daylight is a book of essays with which I’m taking my time. It’s turning into one of those experiences where I have to pause after a page or so and think, ‘Gee that’s brilliant, how is she doing that?’ It’s a little distracting! I sometimes find it hard to switch brain mode from ‘Reading for Pleasure Alone’ to ‘Reading as a Writer’. Better books see me flip-flopping between the two more often. This is one of those.

I have to admit my initial hook for The Midnight Library by Matt Haig was realising that Carey Mulligan is the audiobook narrator. I find her voice so calming and warm – a perfect choice for a book that deals with tough themes of suicide and mental illness, but also about the possibilities of life. 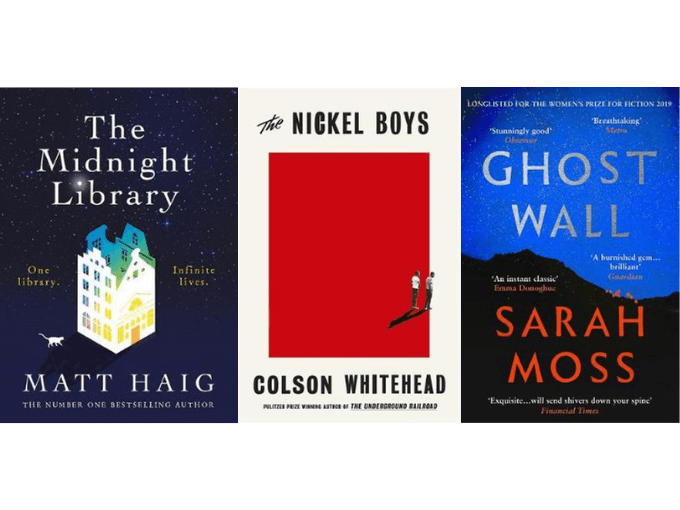 I’m sitting down to write this on the morning our lockdown...

What I’m Reading August and September 2020

The monthly reading recaps get further and further delayed as the...

I blink and we’re already well into another month – and...