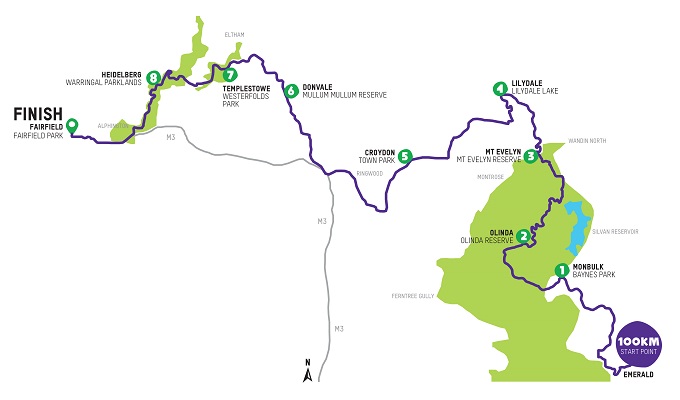 There’s a little over two months to go until our team and dozens of others line up to attempt the 100km Oxfam Trailwalker here in Melbourne. I won’t lie – I’m nervous. *touch wood* On the whole things have been okay so far – I’ve suffered less of the health dramas I had during the marathon training and I feel fortunate to be able to draw from a lot of that experience (and the half marathons that came before). Here’s what I’ve rediscovered about long distance training – it’s part comforting, part ‘uggghhh oh that’s right’!

1. It will eat into your regular life routine

Perhaps it’s easier for faster runners who can knock out their long runs in better times, but I began to feel resentful of the whole process by the end of the marathon training cycle. Including cooldown times, eating and extra long showers just to get all the sweat, dirt and salt off, I lost whole chunks of a Saturday or Sunday. I wrote ‘include people in your journey, because it can be isolating’ in my post Tips on Running a Marathon and I admit it has been nice to have three other people out on the trails with me this time around. It’s just as well, for (some) of the periods we’ve been out there have been longer than what I managed for the marathon.

2. Get familiar with your gear – and make changes in advance

I got through my marathon with relatively little gear. The two biggest things – nice-fitting shoes and the correct bra – helped me through. I already had my running ‘bum bag’ that was fine. (I had a hydration pack, but I hated the feel of it on my back, so left it at home.) It was good to know what worked and what didn’t. It’s even more important now: I won’t be out there for five/six hours – more like 25/26 (all going well) hours. The hydration pack isn’t a choice, it’s compulsory. I have to decide NOW whether I buy another pair of the same shoes I’m already training in or pull out an older pair and get walking in them too. I’ve discovered that I don’t have a clue how to use – and nor do I like – walking sticks. I need to experiment with eating different types of food to see what sits well in my stomach.

I’ve encountered a problem I never did with the marathon – blisters. It’s most frustrating, now I understand why people get so upset. Especially when you’ve got the shoes, you try tieing the laces in all sorts of different ways, got the good socks… and it still happens. So let’s call that a work in progress.

Though chafing, I’m happy to report, is still at zero.

3. You notice more about nature

This is the part I enjoy. I wrote the below about the day of the marathon:

“As the sun rose higher, casting its warmth, it was clear that the weather predictions for a hot day were going to be true. The sky was virtually cloudless, I only noticed a front on the horizon as we hit the shoreline at Beaconsfield Parade. A drone was being flown around down at the water, whether videoing the race or just by coincidence, I’m not sure. It’s interesting, what you notice as you run. I watched two soldier birds harrass a crow three times their size on the power lines on the eastern side of Albert Park; on the western side, black swans grazed on the banks of the lake, completely oblivious to the thousands of people passing by.” Click for more about the marathon.

That all came back to me very clearly as I re-read that post.

On our walks so far, as they’ve been on quite popular trails, I’ve seen more numbers of people than animals. There have been kangaroos – one evening, passing through Westerfolds Park, I counted a pack of more than twenty. The warnings are quite plain about snakes, but I haven’t seen any yet. I have been lucky to pass through several golden hours; long summer twilights that sink into peach and pink. The shadows turn purple, then it goes dark. Some days, when taking photos, I look at them and notice the sluggishness of the river, the many shades of brown as foilage struggles with the heat. As much as I complain about being sore, I don’t take my two working feet and ability to pass through this landscape for granted.

I used to like bitumen. Bitumen equalled stability and smoothness. Now? Well… since getting more experience on different surfaces like gravel, soft dirt, hard-packed dirt, grass etc? Bitumen has fallen down the list. I never used to feel the jarring, but now I do. And I have to get used to it. That means getting outside when the soft, springy treadmill in my garage – complete with industrial fan and amusements – is a much more tempting option. Don’t get me wrong – I still use it. It’s better than nothing. But, yeah. In moderation.

Now I am outside, away from the streaming services, I am relying on music, podcasts and audio books. I’ll write more about them in a later post, but what I will mention now is that I curated a special Spotify playlist for my 40th birthday – my 40 most influential songs. Here’s the link, and it’s embedded below if you’re interested in taking a peek.

I admit they are HEAVILY commercial, rooted very much in 90s tastes. But I’ll take anything that might help with a pre-dawn slump of energy.

5. Take care of yourself – food and rest

In hindsight, I think one of the problems I had with the marathon without realising it was that I didn’t get my nutrition right. For example, I never replaced my protein after an intense workout or running sessions. I was short-changing the full benefits I could’ve been getting. I’m more on top of that now.

On the other hand, I remain very good at resting/recovery (because I am pretty lazy by nature). Ironically, that’s been less of a priority this time around, even though I’m walking further and not wearing any compression clothing (too hot – that might change). I might be a bit stiff the day after, but then it’s fine. Yay! *touch wood so I don’t jinx myself*

And that’s it! Wish us continued luck on our training and fine weather for the big day!

Our Oxfam 100km Trailwalker fundraising page is here. If you would consider donating, that would be amazing. 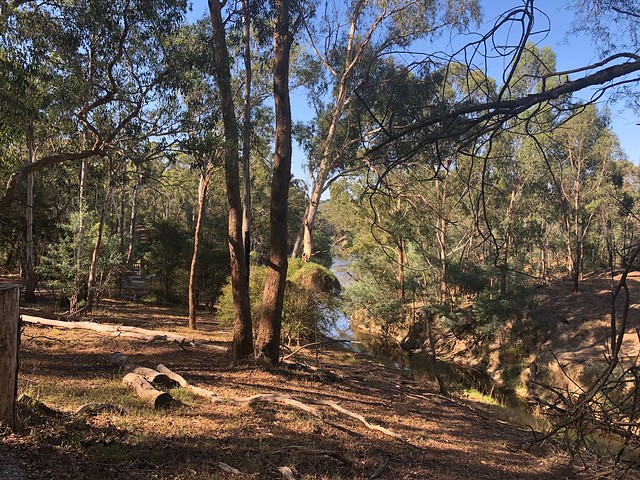 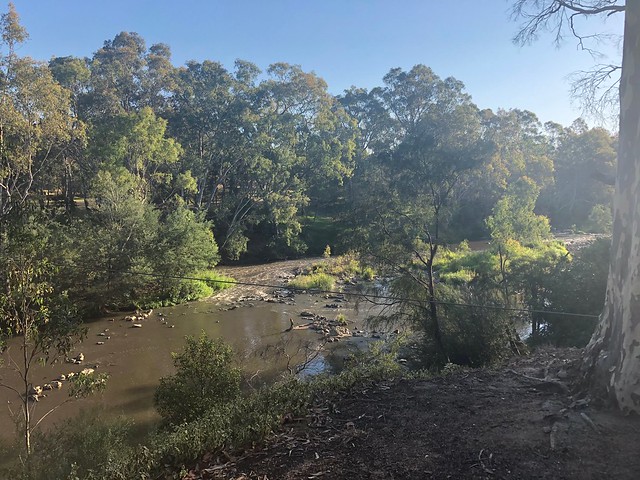